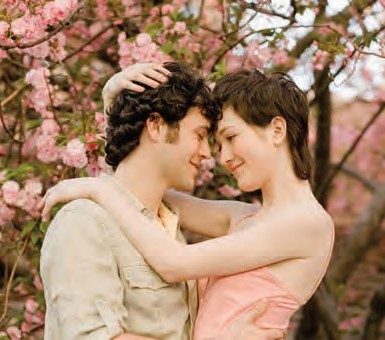 While navigating through the complex world of relationships in my early 20s, my grandfather used to reassure me by saying, “there is at least one person you could happily marry within a 10-mile radius.” Meaning, he believed there are several “true loves” for each of us. As it turns out, science says that Gramps was probably right.

Have you ever wondered what causes us to fall and stay in love? Turns out that chemical reactions in our brains trigger feelings of connection and desire. After 50 years of researching love, close- ness and intimacy, psychologist Arthur Aron found that the brain takes between 90 seconds and four minutes to conclude whether it is struck by love. The brain decides based on the following:

• 55% of initial connection is based on nonverbal communica- tion or body language. The brain is masterful at detecting and distinguishing body movement and then determining whether that movement is a signal of love.

• 38% is the individual’s unique voice, including change in fre- quency and tone.

• 7% is the person’s choice of words and verbal reaction to
statements.

Mutual vulnerability has also shown to improve connection and foster closeness. In fact, a recent study showed that intimacy can seemingly be accelerated by having a new couple ask each other 36 specific personal questions followed by staring into each other’s eyes for four minutes. Since we as human beings appreciate a variety of nonverbal communication, voices, verbal responses, and personal questions, science tells us we have the potential for many soulmates. Once we have met that compatible someone, the brain takes us through three stages of love that can lead to long-term attachment.

Stage 1: Lust – Lust is driven by hormones called testosterone and estrogen, which motivate individuals to choose a single partner.

Stage 2: Attraction – Attraction is similar to the “honey- moon phase” where individuals experience a feeling of eupho- ria or exhilaration for the person they desire. The three main neurotransmitters that contribute to attraction are adrenaline, dopamine and serotonin. Adrenaline, amongst other things, causes the heart to beat faster and stronger, increases the sweat response, and can cause dry mouth. Dopamine stimu- lates desire and reward and contributes to the pleasurable feelings of being in a new relationship. Serotonin contributes to our mood stability, appetite, sleep, and desire and is the rea- son a person continuously thinks of that new special someone frequently during the early stages.

Stage 3: Attachment – After the attraction phase passes and adrenaline, dopamine, and serotonin return to normal levels, the Attachment phase takes hold. The Attachment phase represents long-term bonding and includes security, emotional union, calmness and comfort take over. The two hormones involved in attachment include oxytocin and vasopressin. Oxy- tocin is known as the “cuddle hormone” because it is released with physical touch and increases our feelings of happiness. When couples hug, kiss, cuddle, and are intimate, oxytocin increase which enhances the bond and strengthens the feelings of monogamy between couples. Released after physical touch, a hormone called vasopressin affects the kidneys and rein- forces the desire to stay with your partner through a strong emotional attachment.