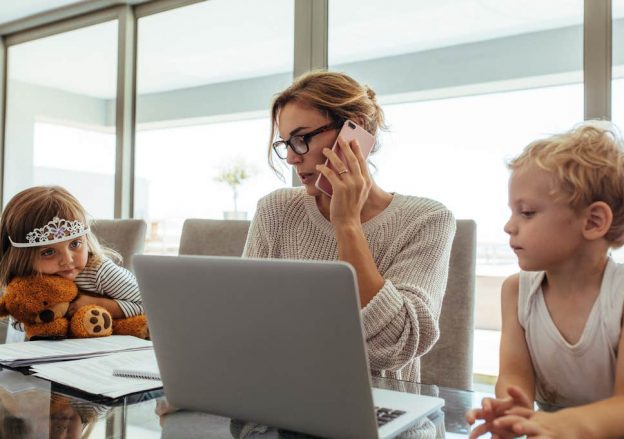 Last month while in Chicago for what was supposed to be a celebratory 40th Birthday party, I was shocked to hear the star of the evening, a successful real estate attorney and mother of two beautiful, healthy and happy girls confess with tears in her eyes, “I am a bad mother and a bad wife. I am okay at my job but failing in the family department.” Her confession was made to a group of female friends in their 30’s, 40’s, and 50’s who have families and some with full-time careers. Without missing a beat, all the women agreed and confessed they too felt as though they were “bad” mothers and inadequate spouses.

The next morning, I had breakfast with another dear friend and clinical psychologist and told her about the confessions from the night before. Her identical twin boys just turned 7 years old and, impossibly, she has managed to never introduce any artificial sugar into their diets as well as restrict all access to the dreaded screen. Yet, with- out pause, she too said, “I feel the same way. I am not a good mother or wife, but I am good at my job.”

At this point, the obvious question is, “Why do all these women feel as though they are literally ‘failing’ as mothers and spouses?” When I asked this question to the women at the Birthday party and my friend with twins, the answers were very similar. Many described how they feel they do not always keep their composure, leading to them yelling at their children or spouse when frustrated, and subsequently, doors are slammed or music is turned up to drown conversation. Most were ashamed to admit they feed their family chicken fingers or fast food and use the screen as a babysitter all too often. Several confessed to lacking patience with their spouses’ parenting and decision-making skills and feeling the need to escape the house and everyone in it on a regular basis. Universally, the women acknowledged feeling considerable and pervasive discouragement.

Could this plight be isolated to women living in a heavily populated metropolitan area, or are these feelings universal? After returning to Central Florida, I decided to start asking women of all ages how they felt about their “role” as spouses, girlfriends, mothers, grandmothers, bosses, employees, daughters, etc. Surprisingly, the responses were consistent with the women in Chicago and far more negative or neutral than positive. Responses included, “I should visit my parents more often;” “I periodically forget my anniversary;” “I could be a better boss;” “I spend too much time on my phone when I should be spending it outside with my children.”

The consistency of the discouragement in almost every woman asked was profound and, as it turns out, pervasive in the research on the decline in women’s overall happiness throughout the past decade. In Part II, I will discuss ways in which we can transcend the discouragement. Until then, remember you are not alone!