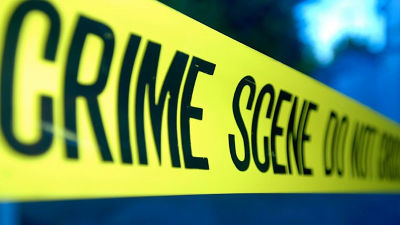 Neurofeedback training has been successfully used in the treatment of a variety of disorders. Existing research has identified EEG frequency deviances in disorders that are associated with criminal offending, such as the following. Attention Deficit/Hyperactivity Disorder (ADHD) is one of the most well researched disorders that has been treated by neurofeedback training, and also demonstrates some relationship to criminal activity considering its associations with inattention, impulsivity, and lacking inhibitory control. In EEG-based literature, ADHD appears to concern an excess of slow frequencies like delta and theta, as well as reduced beta waves and sensori motor rhythm (SMR). About 60% of schizophrenia patients demonstrate decreased alpha and increased beta activity. Individuals with chronic substance abuse have demonstrated altered theta, alpha, and beta frequencies, which is hypothesized to underlie symptoms like cravings, restlessness, and lack of impulse control. Increased slow wave activity has been observed in both antisocial personality disorder and borderline personality disorder patients. Some past research has supported the efficacy of neurofeedback training in aggressive behavior, attention, and recidivism rates. However, Fielenbach et al. (2018) indicate that past literature has failed to report EEG-change data along with behavioral data, therefore a causal link cannot be determined. Fielenbach et al. (2018) aim to review the current available literature that applies neurofeedback training to criminal offenders, limiting their search to studies that examined EEG-change data.

Fielenbach et al. (2018) determined that ten studies met their inclusion criteria. Three studies investigated ADHD, and all used different treatment protocols. One study used an individualized treatment approach, another employed a slow cortical potential protocol, and the third used a theta/beta protocol. All three ADHD studies produced significant improvements in inattention, hyperactivity, impulsivity, and depressive symptoms, but did not show a significant change in trained EEG-frequencies. Three studies investigating neurofeedback with substance use used three different protocols. A classic alpha-theta protocol for alcohol use was employed in one study, another study did the alpha-theta protocol followed by an SMR protocol for opiate-dependent patients, and the last study just used an SMR protocol in cocaine abusers. Results for the substance use studies was mixed. Schizophrenia patients trained on individual alpha peak frequencies show significant improvements in short-term memory, but only improved their EEG-frequencies by trend. In general, the results of this review were mixed. Some studies demonstrated significant behavioral improvements, but failed to demonstrate significant changes in EEG-frequencies. Other studies achieved significant change in EEG bands, but didn’t not also find behavioral changes. None of the studies reported any negative side effects to neurofeedback training, so neurofeedback may be seen as less invasive than other treatments, such as medication, that often come with unpleasant and undesirable side effects. Therefore, additional research investigating the efficacy of neurofeedback training on negative behavior may be beneficial.