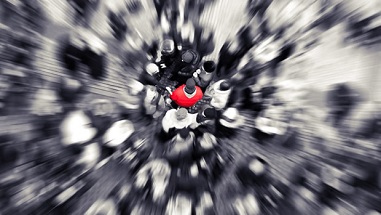 Approximately 15 million American adults struggle with a debilitating social anxiety disorder, yet fewer than five percent of these individuals seek treatment. Often thought of as “social phobia,” many chalk the symptoms up to being shy, introverted or socially inept, however, the intense fear and discomfort felt in a group setting goes far beyond any personality trait. The disorder can interfere with work, school, interpersonal relationships and overall well-being.

Social anxiety disorder is a clinical diagnosis distinguished by crushing anxiety and extreme self-awareness of one’s own actions, demeanor or behavior in ordinary social situations. The chronic fear of being watched and judged by others is unrelenting and ever present. Though most individuals who struggle with social anxiety are aware their fears are irrational and improbable, they are unable to quell the angst.

The only perceived safe place for individuals struggling with social anxiety tends to be where they can isolate and avoid interaction. Unfortunately, this behavior feeds the fear and contributes to depression and loneliness. In addition, physical symptoms such as shaking, nausea, profuse sweating, rosacea and dizziness are typically present during a stressful social situation. These symptoms then become the subject of additional stress; so, the more individuals worry about the physical symptoms, the greater their chances of amplifying them.

The few people who seek treatment for social anxiety do so an average of 10 years after the onset of the disorder. It is important to note that the first step to recovery must be a recognition and acknowledgment of the issue. At that point, seeking help from a mental health professional for Cognitive Behavioral Therapy (CBT) or Neurofeedback Treatment (EEG Biofeedback) and even contacting a psychiatrist for medication management are all appropriate steps. CBT helps individuals recognize and label their fears as well as acknowledge avoidance behaviors. The ultimate goal is for individuals to learn how to reduce their anxiety by reframing or even eradicating the faulty beliefs. Then, the flawed behaviors that contribute to the anxiety disorder also shift.

Neurofeedback is a noninvasive treatment modality that identifies areas in the brain that are working less than optimally and teaches individuals how to make necessary changes to their brain states in order to overcome anxiety as well as many other disorders.